LankaBangla signed an agreement with Bangladesh Bank to refinance CMSMEs 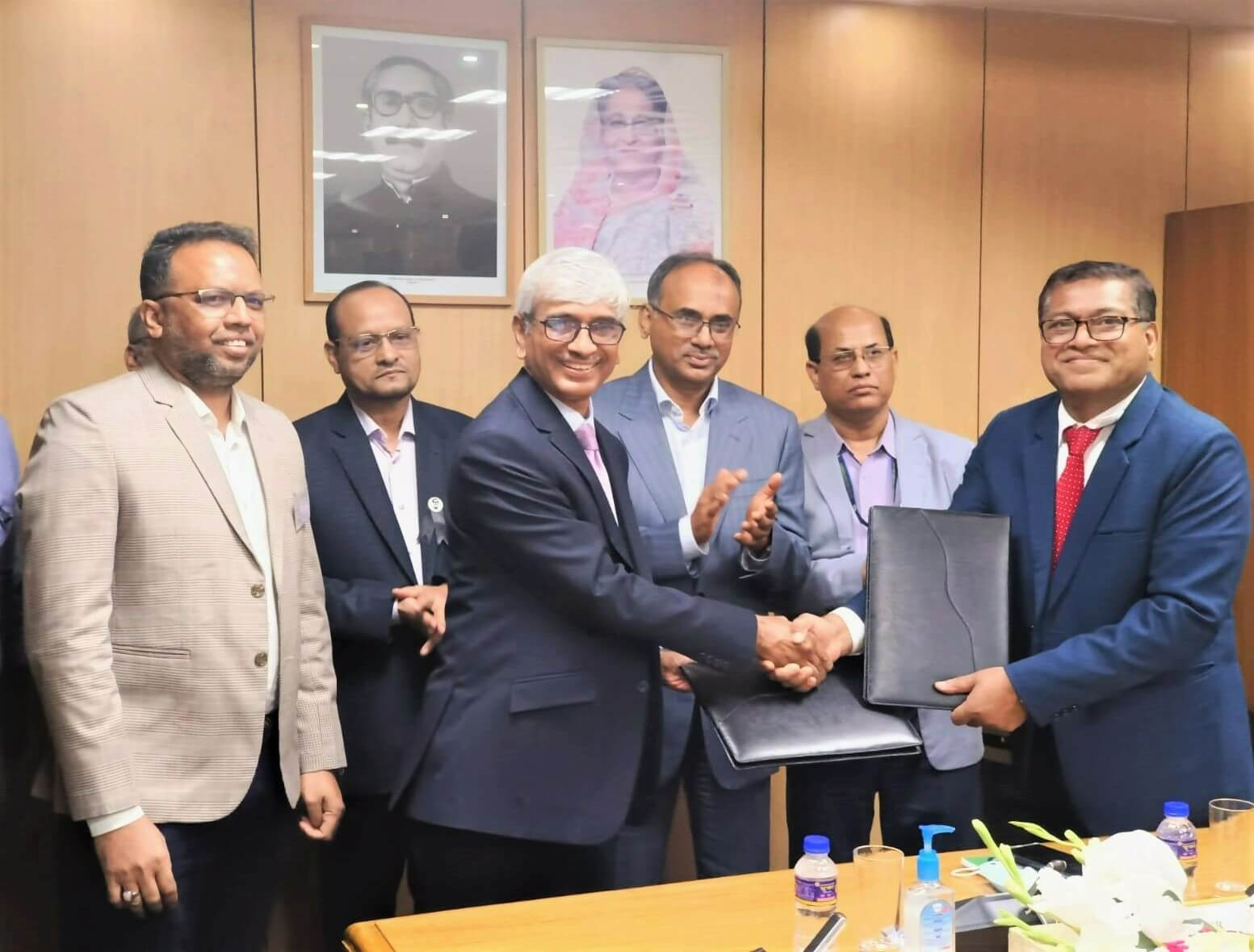 LankaBangla Finance has recently signed an agreement with Bangladesh Bank under “Refinance Scheme against Term Loan to the CMSME Sector”. On the occasion, the director of SME and Special Program Department, Mr. Md. Jaker Hossain and Mr. Khwaja Shahriar, Managing Director and CEO of LankaBangla Finance Limited, signed the agreement on behalf of their organizations.

The Honorable Governor of Bangladesh Bank, Mr. Abdur Rouf Talukder, graced the event as the Chief Guest, and the Deputy Governor – Mr. Abu Farah Md. Nasser was present as a special guest while the program has been preceded by Mr. Md. Obaidul Hoque, Executive Director of Bangladesh Bank. High officials of SME & Special Programmes Department of Bangladesh Bank along with the Head of SME of LankaBangla Finance Limited – Mr. Kamruzzaman Khan were present among other high officials of participating banks and financial Institutions at the signing ceremony.

As per the agreement, LankaBangla Finance will be able to provide loans at a rate of only 7% to women entrepreneurs and calamity affected entrepreneurs, including cottage, micro, small and medium entrepreneurs in the country for a maximum of 5 years based on refinancing.