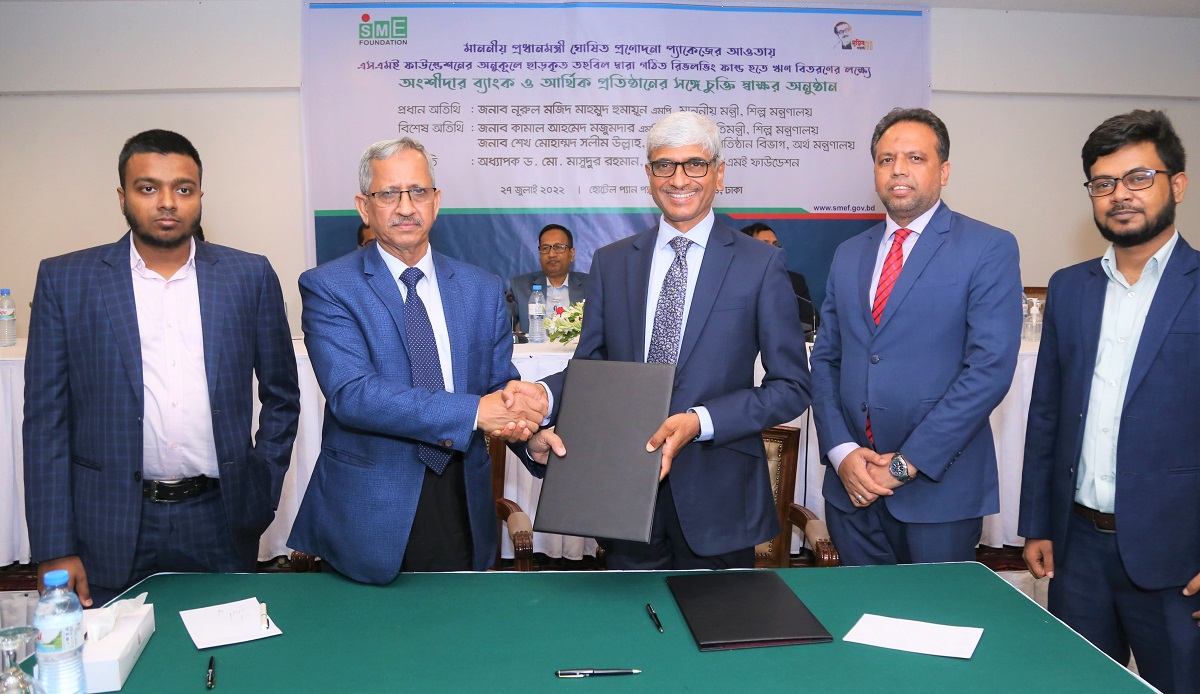 Under the incentive package announced by the government, an agreement has been signed with LankaBangla Finance Limited to distribute loans at the entrepreneurial level from the ‘revolving fund’ made up of discounted funds administrated by Honorable Prime Minister in favor of the SME Foundation. The signing of the agreement was held recently at the Padma Hall of Hotel Pan Pacific Sonargaon in Dhaka.

In accordance with this agreement, a ‘Revolving Fund’ has been constituted in the SME Foundation as per the advice of the Finance Department. Entrepreneurs of potential sectors, sub-sectors and clusters, clientele groups, members of associations and chambers and women entrepreneurs will get loans from the revolving fund under the credit wholesaling program of the foundation.

Earlier for expansion of the loan program in rural areas under the Financial Incentive Package targeting Cottage & SME industries to improve the quality of life of marginalized people in rural areas during the Novel Corona Virus situation (COVID-19) in 2020-21 and 2021-22, two financial years in favor of the SME Foundation, a total of 300 (three hundred) crores of taka were disbursed in two phases, which were successfully distributed at the entrepreneurial level before the specified time.