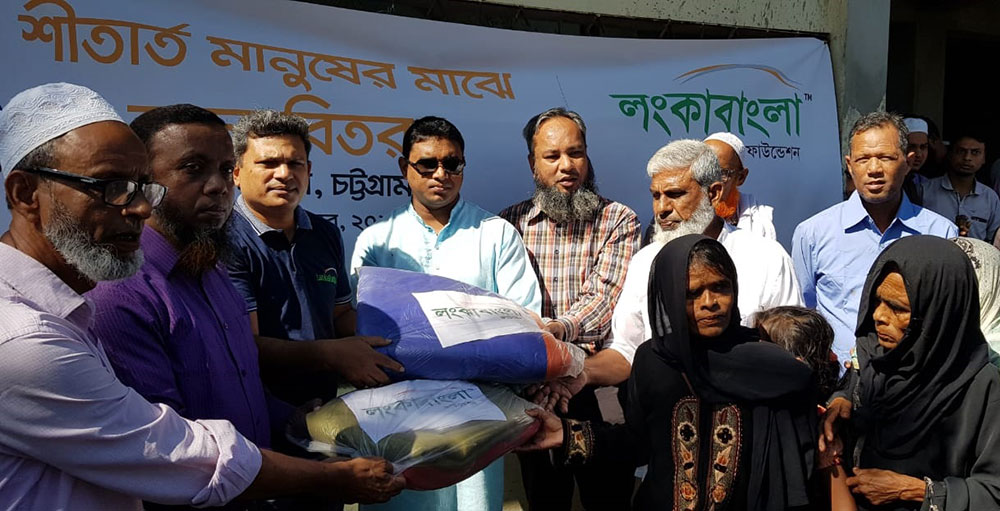 In Bangladesh, during the winter, poor people fight against cold every year and LankaBangla Foundation distributes blankets to provide warmth and comfort of those poor people. As a continuation of this effort, more than 3,000 blankets were distributed among the cold victims of Sandwip Upazila.

LankaBangla Foundation undertakes blanket distribution program every year as part of its Corporate Social Responsibility (CSR) activities. This year the distribution took place at Sandwip Upazila of Chattogram district. The ultimate objective is to reduce the suffering of poor segment of the society who constantly face the intense cold in south eastern side of the country during this winter.