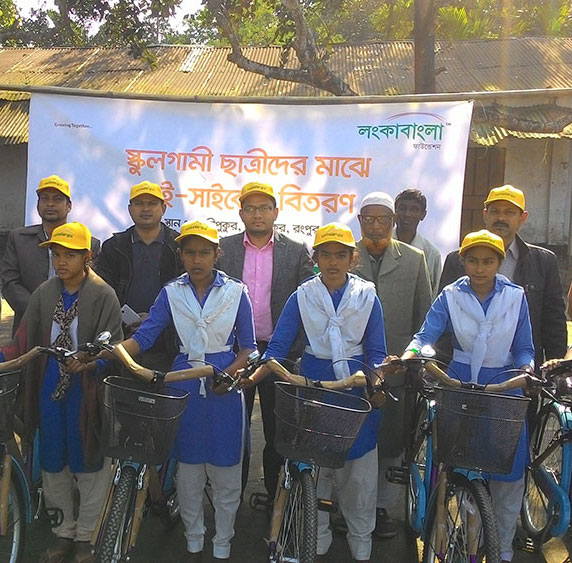 Head of Treasury of LankaBangla Fianance Mr. Quamrul Islam and other high officials from LankaBangla were present during the distribution of bicycles.