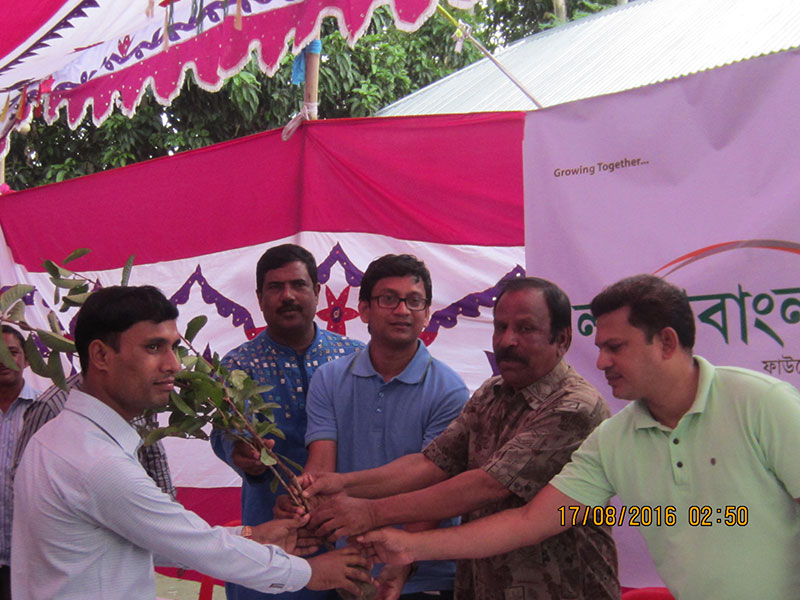 Another core area of CSR of LankaBangla Foundation is to extend support to protect environmental & ecological degradation through tree plantation every year. In 2016, Foundation undertook a tree plantation program during 16, 17 & 18 August 2016 at Shahzadpur Upazila, Sirajganj. In total 1,500 saplings of fruit-bearing, wood-trees & medicine-trees are planted at premises of different institutions and distributed among poor villagers of the Upazila. The plantation & distribution was supported by the local community voluntarily. The whole tree plantation program of 2016 costs 0.155 million.

The program has ended by a rally to create awareness on tree plantation among the local citizens.

Talk to us about anything